Suddenly there was a flash of light from behind him. He spun around and nearly yelled out loud.

Right in front of him was a little dark-skinned girl in blue jeans, maybe five or six, standing with a finger in her mouth, and pointing a small flashlight at him with the other hand.

Roger froze, waiting for the scream. He’d been stupid, just watching the people in the clearing and ignoring all the other directions. Heck, hadn’t he seen more than one kid while flying overhead?

But the little girl didn’t scream.

“Hello,” she said, taking her finger out of her mouth. “What are you doing here?”

“Okay,” she said, pointing the little flashlight toward the ground. “How did you get here from Oz?”

Oz? Roger had no idea what she was talking about. Like in The Wizard of Oz? Roger had seen that movie more than once. There was a lion, a Tin Man, and a scarecrow. Oh, and flying monkeys. Why in the world would she think a giant mantis was from Oz?
“I … flew here,” he said, completely confused.

She did a little curtsey. “I’m happy to meet you Professor Wogglebug,” she said. “My name’s Peggy.” 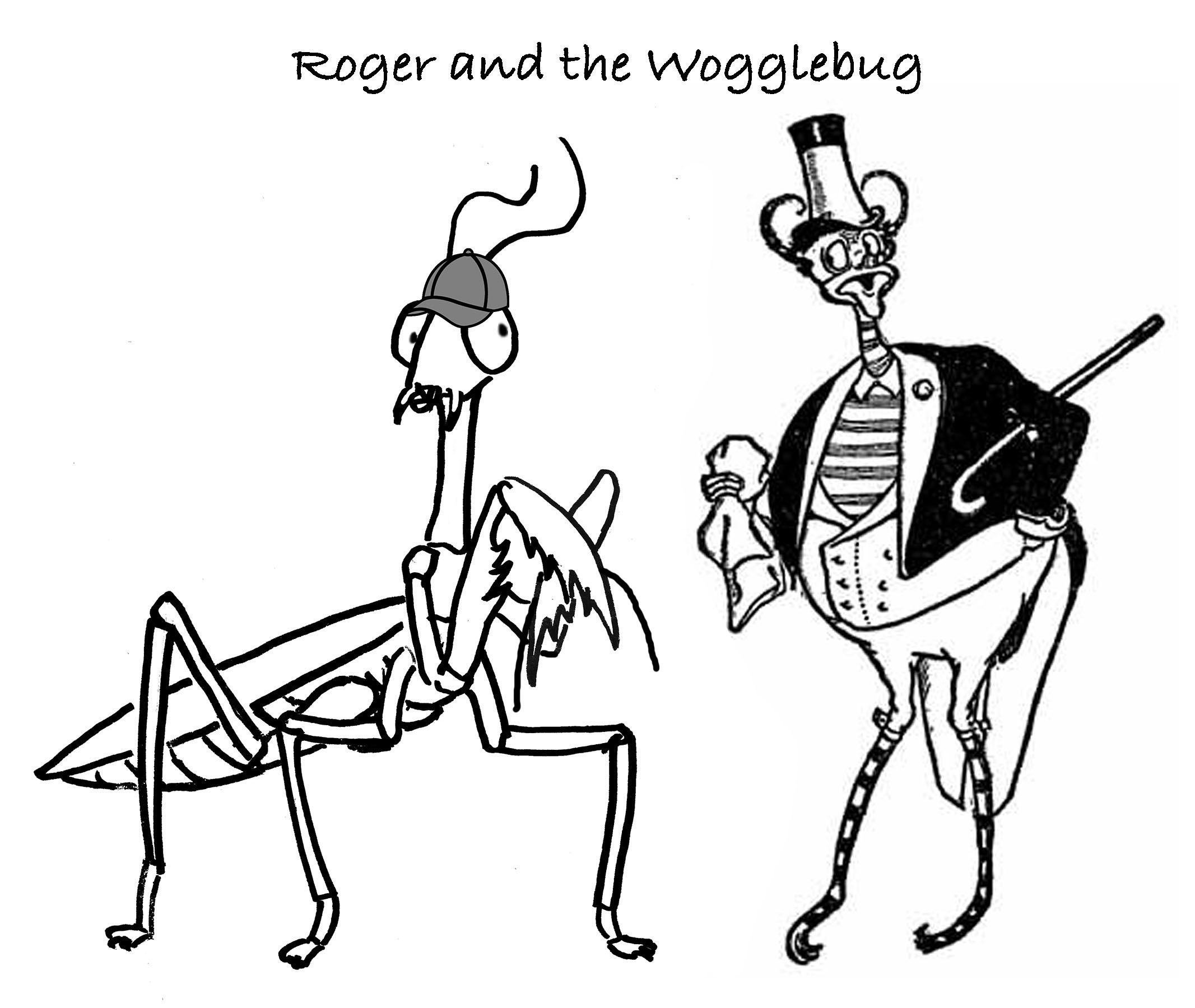 As with many kids, Roger’s knowledge of The Wizard of Oz is mostly limited to the famous MGM movie. L. Frank Baum wrote many books set in Oz, and other authors wrote more after that.

The sequel to the original Wizard of Oz was titled The Marvelous Land of Oz, published in 1904, and introduced a number of new characters, including Mr. H. M. Wogglebug T. E. (in the early books the name was spelled “Woggle-Bug”) The Wogglebug in the picture above is from that book, drawn by John R. Neill, a famous Oz illustrator who actually wrote some Oz books of his own later on.

The entire Oz series of books is highly recommended!