Slowly, carefully, and as quietly as possible, Roger staggered across the room to the mirror over his dresser.

As prepared as he was, it was still a shock. A triangular emerald-green head looked back at him, with two enormously round green compound eyes on either side. Two long, thin antennae stuck out of the top of his head. He could move them around if he tried, kind of like wiggling his ears (which he didn’t have anymore and couldn’t wiggle when he did). His mouth was … he didn’t know what the heck his mouth was. It was a weird mess of powerful-looking cutting and crunching things and some even weirder tentacle things. Roger wiggled the many separate bits around and then quickly stopped, deciding it wasn’t quite as gross if he wasn’t moving it.

He folded his arms tightly together in front of him, side by side. He had done it without really thinking about it, but his odd posture suddenly made him realize what he had become. 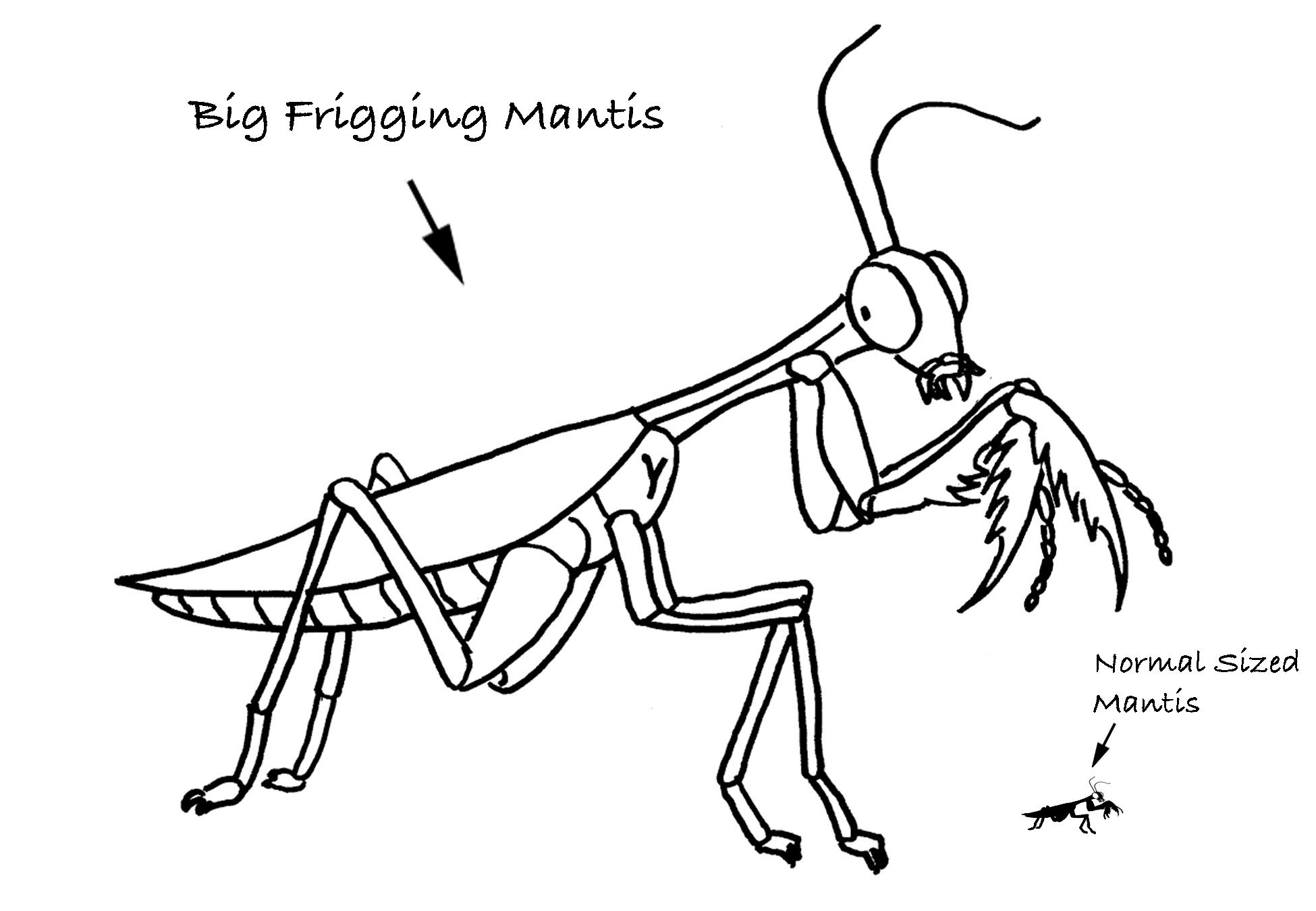 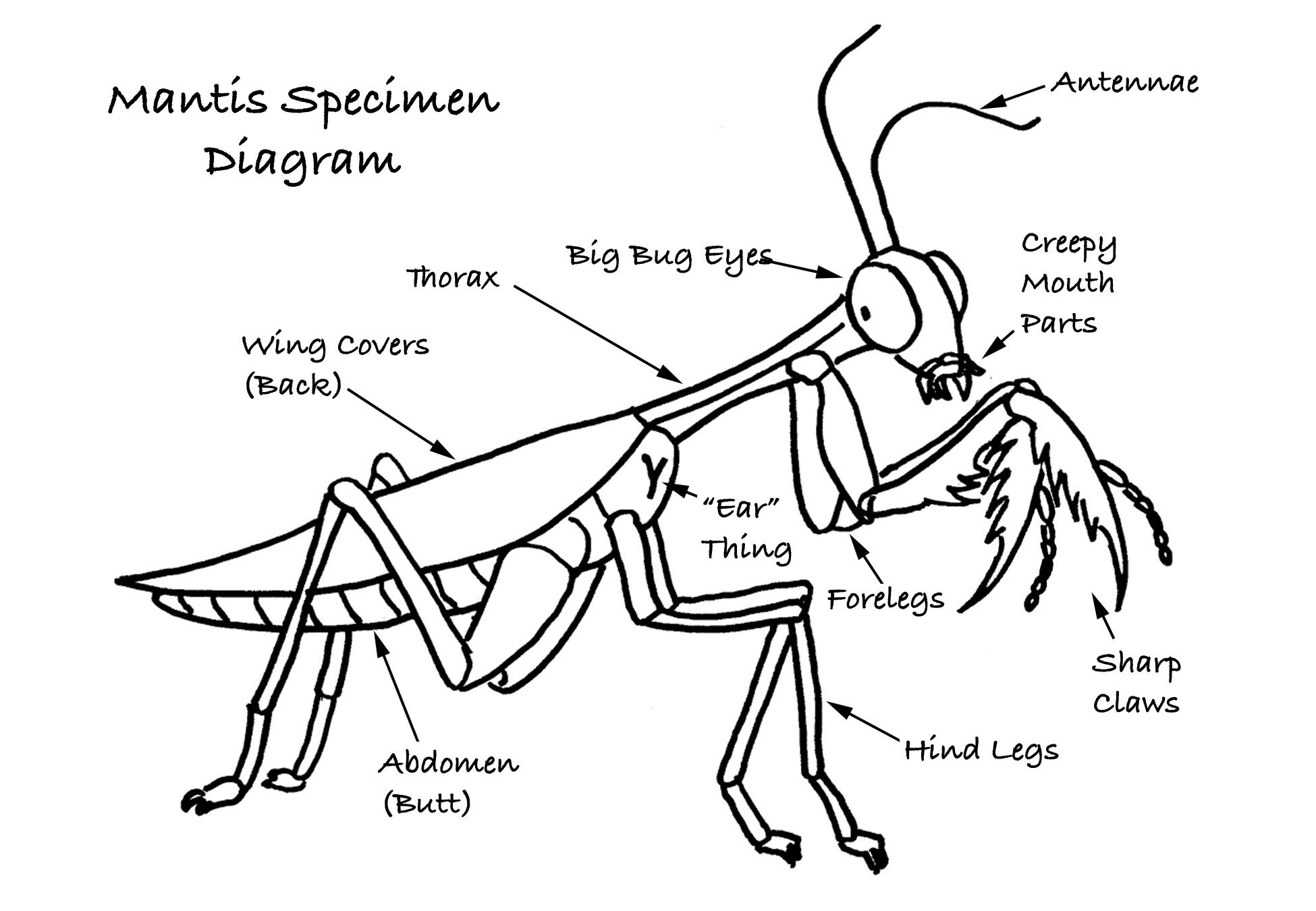 Marlene figured out how to attach Roger’s old baseball glove to the end of his left claw. “Your forearm part is called a ‘femur,’” she said, pointing to Roger’s arm. “The sharp claw part that pinches against the femur is called the ‘tibia.’ This finger-thing coming out the end is called a ‘tarsus.’ Two of them are called ‘tarsi.’”

Roger wiggled his tarsi. “They still feel like fingers to me.”

“This is all so fascinating,” said Jerry, yawning deliberately. 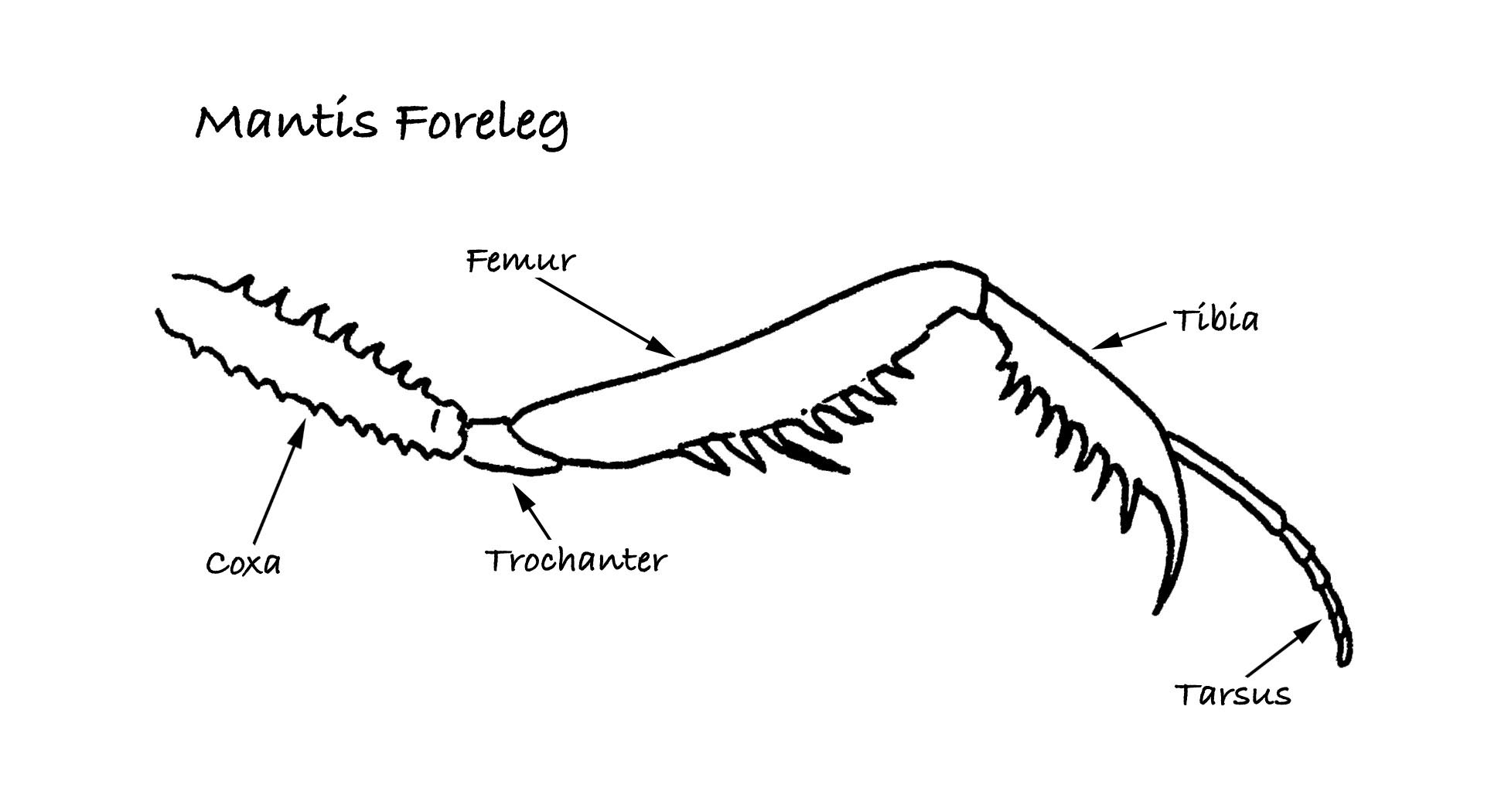 Without further incident, Roger managed to arrive before too much of the lunch period had passed. After yesterday’s Mystery Meat fiasco, his mother let him take a lunch to school now instead of eating cafeteria food—another point to chalk up on the positive side of his transformation. Cafeteria lunches just didn’t have enough meat in them, so his mother packed him large portions of bologna, sausage, ham, and other deli meats that didn’t need much refrigeration.

“After all,” Jerry had pointed out, “the last thing the school wants is a hungry mantis running around.” 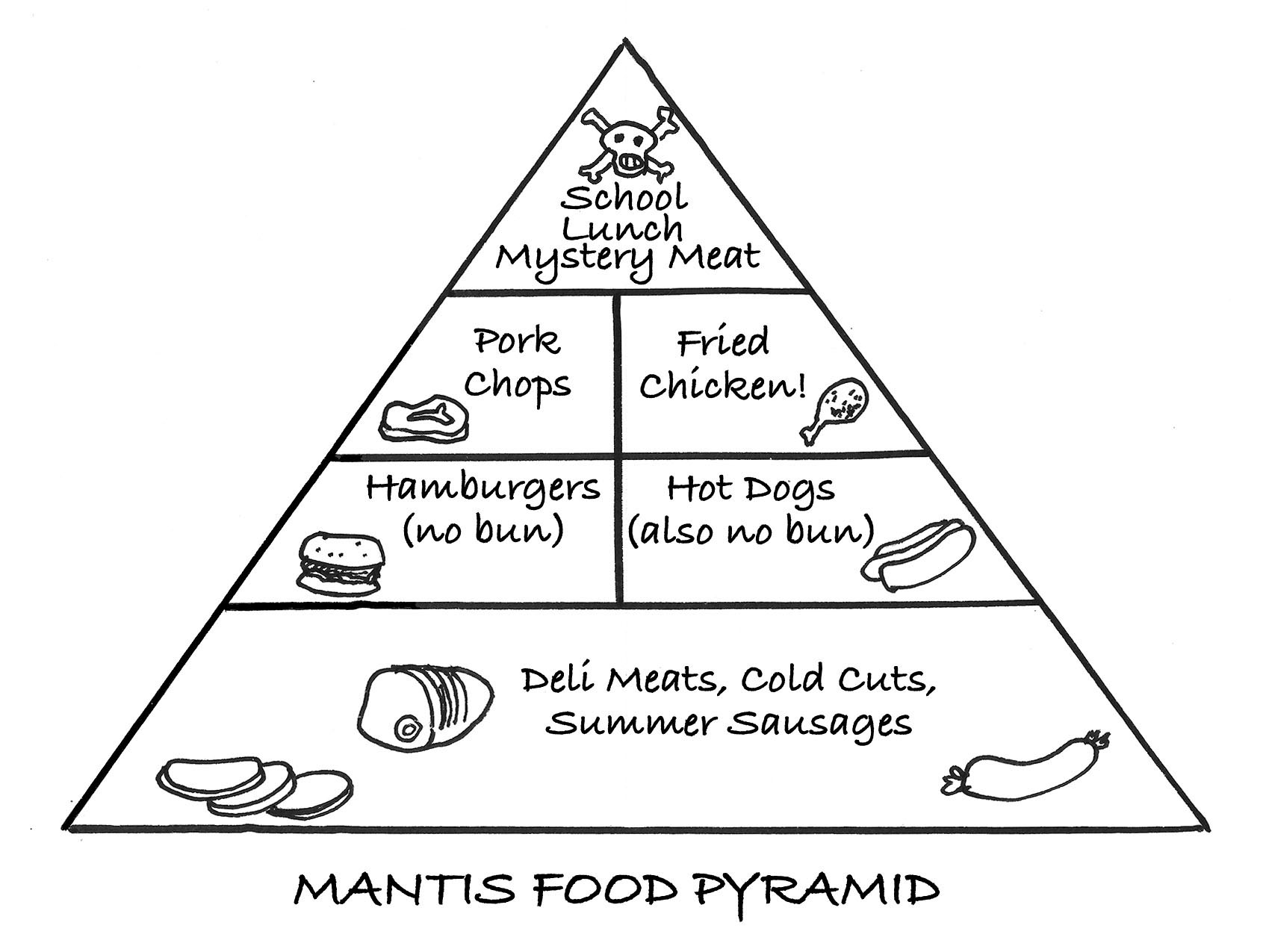